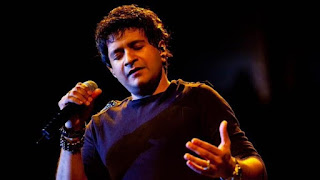 Tragic news has come to the world of music. Well known singer KK alias Krishnakumar Kunnath has passed away at the age of 53 years. The singer, popularly known as KK in Bollywood, went to Kolkata for a concert.

However, after the concert, KK suddenly fell ill and collapsed. He was rushed to a nearby hospital. Where doctors on duty have declared KK dead.

Preliminary investigations suggest KK died of a heart attack. However, the doctors did not say anything official. According to him, the exact cause of death will be known only after the postmortem report. However, KK’s death has sent shockwaves through Bollywood.

Born in Delhi on August 23, 1968, Krishnakumar Kunnath, a well known Bollywood playback singer, was nicknamed KK in the industry. KK has sung not only in Hindi but also in Tamil, Telugu, Kannada, Malayalam, Marathi, Bengali and Gujarati films. KK did his studies from Mount St. Mary’s School, Delhi and graduated from Kirodimal College, Delhi University. Before the break in the movies, KK had sung about 35,000 jingles.

KK sang the song Josh of India to support the Indian team during the 1999 Cricket World Cup. The song featured several cricketers. After which KK started his career with the music album ‘Pal’.

Together with music composer Leslie Lewis, KK made the album ‘Pal’ and his songs were very popular. With this, the doors of Bollywood were opened for KK.

In Bollywood, KK got a big break from the song of the movie ‘Hum Dil De Chuke Sanam‘. However, his debut song was ‘Chhod Aaye Hum’ from the movie Machis. In which he was found to sing only two lines. KK was married to Jyoti Krishna and has two children.