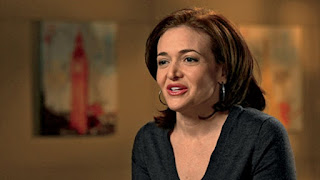 A major report has surfaced involving Facebook and its parent company Meta. Sheryl Sandberg, the company’s chief operating officer (CEO), has resigned. The company also confirmed reports that Sheryl had resigned. However Sheryl has not yet clarified why she resigned.

Sandberg said in a resigning Facebook post that he plans to step in and focus on philanthropic work for the community. Sandberg has served Facebook for nearly 14 years. Sandberg wrote in a Facebook post, “The discussion on social media has changed a lot since its inception. It has always been difficult for me to talk about it all. But that work must be difficult. Our product impresses a large crowd. So we will build it in a way that protects and safeguards the privacy and privacy of the people. “

Xavier Olivan, the company’s chief growth officer, will now take over as COO. But Xavier’s role will be slightly different than Sheryl’s. CEO Mark Zuckerberg said in this regard that Xavier’s role will be more like a traditional CEO. Zuckerberg said the meta-company has reached a level where the importance of working together for all product and trade groups has grown exponentially.