The crypto sell-off of the past several weeks has erased hundreds of billions of dollars in paper gains and is leaving plenty of had-been crypto millionaires looking for something else to hold on to. 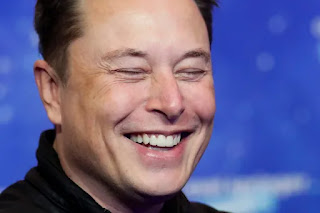 A class action lawsuit was filed Thursday in federal court in Manhattan by an American Dogecoin investor who is accusing Elon Musk, Tesla and SpaceX of operating an illegal racketeering enterprise to inflate the price of the cryptocurrency. Musk has frequently referenced the dog-themed cryptocurrency on his Twitter account, mentions that often caused the price of the token to spike.

The plaintiff in this suit seems to use those tweets and Musk’s own references to himself as the “Dogefather” as proof that Musk has been controlling the cryptocurrency and is liable for damages among investors who have lost money as the cryptocurrency has tumbled from its high of nearly $0.74 to just over $0.05 in recent days.

The complaint calls for triple the damages of $86 billion, which is how much the plaintiff alleges has been lost by Dogecoin investors since Musk first started tweeting about it.

“Defendants falsely and deceptively claim that Dogecoin is a legitimate investment when it has no value at all,” the plaintiff, Keith Johnson, noted in the complaint. “Since Defendant Musk and his corporations SpaceX and Tesla, Inc began purchasing, developing, promoting, supporting and operating Dogecoin in 2019, Plaintiff and the class have lost approximately $86 billion in this Crypto Pyramid Scheme.”

We have reached out to Elon Musk for comment.