The 68th National Film Awards were announced by the Ministry of Information and Broadcasting, Government of India. This year the best actor award has been given to Ajay Devgn and Surya. The film ‘Surrai Pottaru’ has received the award for Best Feature Film, Best Actor, Best Actress. Even this year, not a single Gujarati film won the Best Gujarati Film Award. Last year too there was not a single Gujarati feature film. It is worth mentioning that last year late Sushant Singh Rajput’s film ‘Chichhore’ was given the best movie, Kangana Ranaut the best actress and Manoj Bajpayee and South star Dhanush the National Award for the best actor. 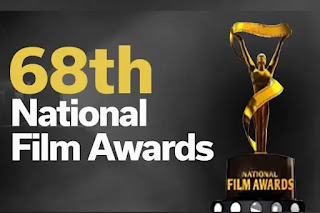